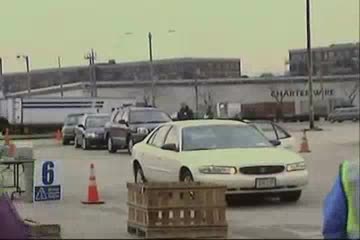 Lake Michigan by turning in 36 tons of electronics

About 3.5 tons of pharmaceuticals were turned by the public during Medicine Collection Day on Saturday, April 19, 2008 organized by the Milwaukee Metropolitan Sewerage District (MMSD).

The Milwaukee Department of Public Works (DPW) organized an electronics collection on Saturday, April 26, 2008 that garner about 32 tons of electronics. The site off-loaded an average of three cars per minute. The electronics are called e-waste.

About 700 cars dropped off electronics during the event organized by the City of Milwaukee DPW was held on April 26, 2008

More than two thirds of the collection involved computers and related equipment.

Prepare for the Invasion

Driver Uses A Match To Look Into The Gas Tank

Crazy Russian on the Beach

29 Ways To Make Your Neck Flexible

When You Flick A Long Rope